Thank you to the Winston Churchill Memorial Trust 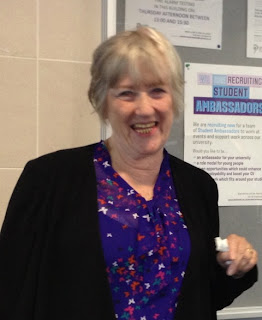 The end of my one year Fellowship 'Arts and Older People' came to its close at the end of February 2013.  However I allowed myself a personal followup in April to return to Malaysia.  Fortunately I had been asked to present at a conference for psychiatrists in the Cameron Highlands which allowed me to re-visit one of the Temiar villages.

My Fellowship in some ways was turbulent, especially at the beginning, when various countries gave me invitations which then could not be sustained: dates changed,hospitals were closed.  Whereas I had planned to go to Czech Republic, Germany and Russia, I ended up going to Czech Republic, Romania and Malaysia!

However it all worked out in the end, and I felt greatly enriched by the experience.  I met people and shared experiences that otherwise could never have happened.  I saw the worst and the best of care for older people, especially involving the art (or lack of it).

My lasting impressions in Czech Republic were of the day-to-day acceptance of the arts in everyday life, and the amazing work on dance with people with dementia by Dr Petr Veleta; in Romania the extraordinary energy of older people in their dance and singing groups, and their theatre performances.  It seemed as if the arts had brought into the light such joy for people who had lived through the atrocities of the communist era.

In Malaysia I witnessed all the extremes from 100 bed wards that were completely institutionalised, to new day care centres with arts, reminiscence and delightful carers who were so keen to develop new ideas.  However the true inspiration was the optimism of the older Temiar people, and their arts and crafts.  More of that anon.

My full report will be on the Winston Churchill Memorial Trust website shortly.
Posted by Dr Sue Jennings at 05:33 No comments: 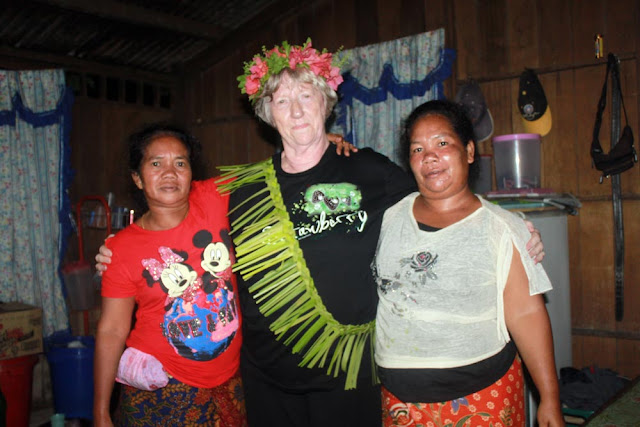 Just surfacing from a new trip to Malaysia as the final part of my Churchill Fellowship 'Arts and Older People'.  The final part of the trip was to the Temiar tribe who live in the rain forest. When I had visited them before I was focusing on their child rearing, now I wanted to see older people and how they related to the rest of the community.

Children and teenagers that had been in my previous study, were now parents and grandparents themselves.  They take on the roles of responsibility for transmission of culture to the young.  They made garlands and head-dresses woven from palm and decorated with hibiscus flowers.  The older women showed the younger ones, and me, how the plait and weave in their traditional style.

Older people are still respected for their healing and midwifery skills, and for their opinion in what has become a very political situation.  There are now test cases in the courts for Temiar land rights, as logging companies cut down even more forest, and yet more oil palm is planted by large conglomerates.

The Temiars are a very inclusive people so there isn't a question of rejection because of age, either for the very old or the very young.  How much could be learned by western societies as well as other groups in Malaysia, that there are alternatives!

Its never too young for Shakespeare... 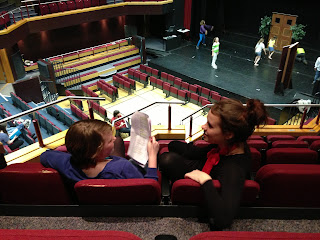 What a wonderful example of the power of Shakespeare to entertain and move us to laughter and tears.. Theatresaurus has just completed an intensive Spring School in Somerset with over 40 children aged from 5 to 13.  (Last week had similar workshops in London and Bath).
They were divided into three groups and worked on A Midsummer Night's Dream, Comedy of Errors and Romeo and Juliet.  Four days of intensive workshops and then a costumed presentation for parents on the last afternoon.

Several of the participants were coming back for their fourth year and it was impressive to see how they had matured in their confidence as well as their performing skills.  All three presentations included singing and dancing, and the staging was fascinating. Who would have thought of using old and tatty umbrellas draped with torn green materials, to represent the forest in A Midsummer Night's Dream?

Drama generally and Shakespeare in particular, provides such an opportunity for children to build their confidence and communication skills, learn self discipline, develop social skills and the capacity to collaborate.

An excellent demonstration of all of this....
Posted by Dr Sue Jennings at 00:13 No comments: 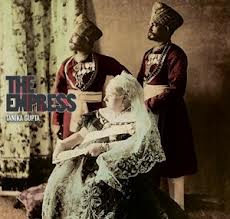 I have just seen the first preview of 'The Empress' at The Royal Shakespeare Theatre, Stratford-upon-Avon.  Written by Tanika Gupta and directed by Emma Rice, it tells the story of Queen Victoria, Empress of India, and her relationship with Abdul Karim, a gift to the Queen on her Silver Jubilee.  The play is set amongst the several threads of the upper class ex pat families, the plight of the Indian Ayahs, who were often abandoned by their employers, the tough life of the regular seam-men with enormous discrimination between the British and the Indian sailors.

The play is packed with incident and colour, and the cultural motives are cleverly woven together through music, dance, costume and events.  For example we are witness to the election of the first Indian Member of Parliament.

The intrigues at the court concerning the Queen's new companion are reminiscent to some degree of the film about 'Mrs Brown'.  Certainly we are seeing  some insights into the Empress and her personality.

I thoroughly enjoyed the play with excellent ensemble work and a high standard of music, singing and dancing.  Do go and see it - it only has a short run.
Posted by Dr Sue Jennings at 04:05 No comments: